Do Cellphones Cause Cancer? The California Department of Health Thinks You Should Be Careful.

Cellphones are supposed to make our lives easy.  Safertech is about solutions to help you make use your cellphone and other devices safely. Air tube wired headsets offer 99.9% protection from cellphone radiation and cellphone EMF.

When it comes to cellphone radiation, we’re for the Precautionary Principle. Basically, this means that because there’s research, lots of it actually, saying the energy that powers our cellphones–called radio frequency or RF radiation– could be causing health concerns-including tumors and cancer, then we ought to take care when using our cellphones to make sure we stay safe and protected. . 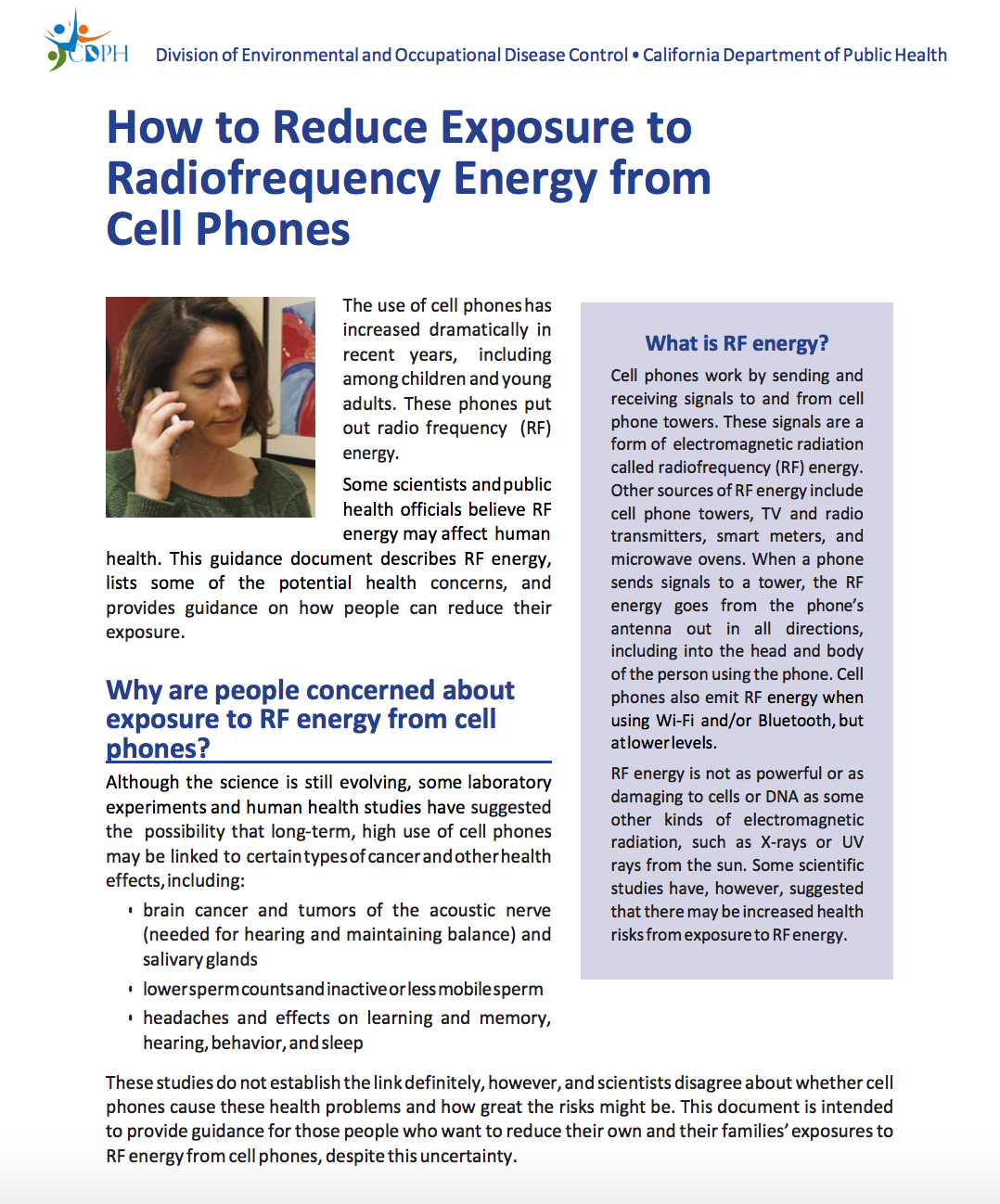 The announcement goes on to say–and this is SO important:

Don’t rely on a “radiation shield” or other products claiming to block RF energy, electromagnetic fields or radiation from cellphones.  According to the US Federal Trade Commission, products that interfere with the phones signal may force it to work harder and emit more RF energy to stay connected, possibly increasing your exposure.

YES.  It’s true.  We’ve personally tested anti-radiation shields, discs and  anti-radiation fabrics and we do not recommend them. We’ve used our meters on various forms of “radiation-stoppers” and we measure an increase in RF radiation levels from cellphones where the protective material “ends”.  The meters demonstrate a magnification of cellphone or smartphone energy around the perimeter of shield.  Although, we may see reduced levels of RF radiation with some cellphone cases, we want to make sure people realize that when the phone is on and using signal or searching for signal, there is RF radiation emitted from the device. That’s how a cellphone works.

Cellphone Distance is the Key to Safe Cellphone Use

The further you are from your cellphone, the less RF radiation or energy you’re exposed to.  That’s why The State of California Health Department guidelines recommend:

Keep the Cellphone Away From Your Body

The recommendation of carrying your cellphone in  purse, backpack, briefcase or man-bag needs a bit or precaution: Purses and briefcases and backpacks do not stop RF radiation.  The RF energy dissipates with distance-but the radiation plume or “spray” is pretty thick even 3 or 4 inches from your phone. Check out our demonstration video . So, please be sure the phone in the purse, backpack, briefcase etc–isn’t up against or close to your body.

Use the Speaker Mode when talking

When on speaker mode, best to be graceful and not do this in public.  We all pretty much know this now. But, do we all realize that if we’re holding the phone, we’re a part of our body is being exposed to cellphone radiation?

We like something to keep our phones away from our bodies, even on speaker. Sometimes we hold the flap of a cellphone case or hold the phone by straps attached to the case.  Sometimes we put the cellphone on the desk, night-stand, kitchen counter-whatever.  We try and be mindful that the radiation doesn’t stop just because the phone is on speaker. 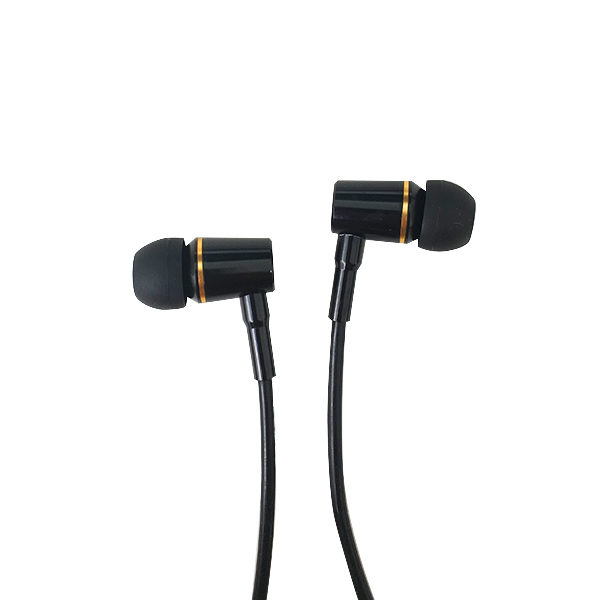 Use a Wired Headset

But be aware not all wired headsets actually prevent the RF radiation from going to your head . . .  This concept may be hard to grasp, but true. We’ve measured with our meters and usually the higher quality headsets are better, but even the California guidelines caution:

Remove Headsets  from Ears when Not using the cellphone

Because small amounts of radiation are released from headsets even when you’re not using the phone. Almost always true. Same holds for earbuds and headphones.

Some headsets work better than others to prevent RF energy.

Fortunately, there’s one type of headset technology that can stop RF radiation from traveling through the wires up to your head.  It’s called Air Tube technology and it was patented 20 years ago.

Here’s how it works

It’s pretty simple actually. That RF energy coming from the phone could travel up the wires of a headset–but with the hollow “air tube” that energy is stopped, dead in its tracks, where the wire meets the tube. Only air and sound flow through that tube and in this case, the sound is amplified very nicely in the tube.

Not all Air-tube headsets are created equal

Loving wellness as we do, we’ve understood and appreciated the extra protection that air-tube wired headsets give us from EMF and RF energy, but up until now, the air-tubes we tried were flimsy, they broke easily,  didn’t look good, had a microphone issue or messed with our cellphones causing intermittent service interruption.

The sound is nice.  The microphone works.  The wires are coated.  They look really cool.

We actually get asked where we got them when we wear them.   Honestly, if you care about your health and want an option that really protects but allows more privacy then a speakerphone,  this  Air Tube Headset  from could be your answer.